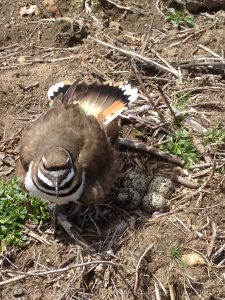 Big Train Farm began as a trio.  Friends Mis, Chris, and Tara leased a quarter-acre of land from the incubator farm in Cranston, Urban Edge Farm in the spring of 2007.  UEF occupies the property of the former Ringrose family farm, is currently managed by Southside Community Land Trust which leases relatively small acreage parcels to a diverse group of farmers.  Big Train Farm began when a small slice of land opened up for lease, although at the time it was know as Mistery Farm.  During the 2007 growing season the trio joined the Little City Growers Coop, worked a Providence Farmer’s Market, and set up several direct accounts to local restaurants.

In 2008 the trio split up and Big Train Farm’s current owner/manager John partnered up with Mis during the second growing season at the Urban Edge Farm property.  In 2008 the business got wings by expanding from it’s original quarter-acre allotment to three other fields, bringing the business’s available acreage to two.  During this time Mis still worked part-time at Olga’s Cup and Saucer and John was going to school part-time chasing a degree he’d been working on since 2004 when he was co-managing a large farm in Middletown. 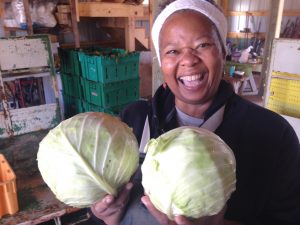 By the end of 2008 Mis was heading back to her native Baltimore to start another farm venture there.  Big Train Farm has been managed by John ever since.  In 2009 he began putting more focus and effort into the Big Train Farm CSA (started in 2008 with about eight members, we currently supply approximately 230 shares to roughly 500 members at two separate CSA pickups) and began slowly steering away from participating in Farmers Markets.  Our long-standing relationship with the wonderful people of Bell Street Chapel began this year as well, where they generously host our Providence CSA Pick-Up (2009-current).  More emphasis and enthusiasm was put into the work-share model at the farm as well.  A Work-Share Member is one that comes to the farm on a weekly basis in exchange for a vegetable share in the CSA.  Work-share members are part of the life’s blood that makes farming such a rewarding career.  Some Work Shares have been with us from the beginning and are more like family than volunteers. 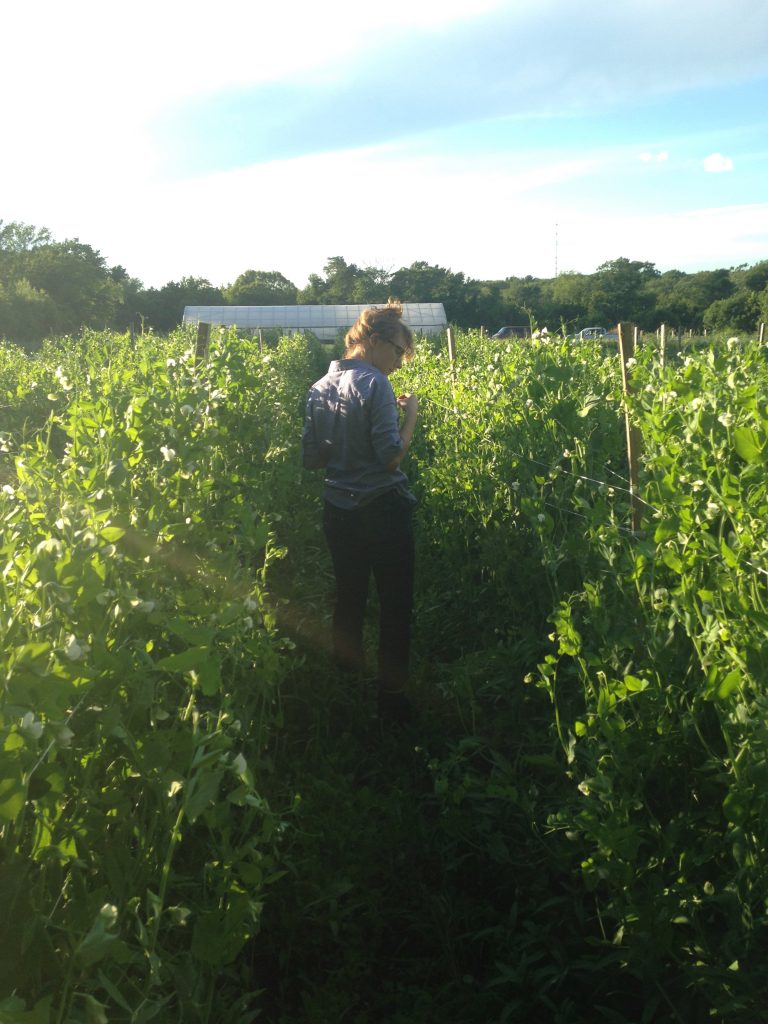 Mindy Walls waltzed onto the farm in 2009.  Mindy began her tenure at Big Train as a work-share, and quickly insisted on coming out more often than her required shift.  Mindy became a fixture at the CSA pick-ups, farmers market, and around the fields, greenhouses, and haylofts of Urban Edge.  Fast forward a bit and John and Mindy are now married.  Mindy found the work-share position by flipping though an alphabetical listing of local farms, “B”ig Train being close to the top, she started there and decided it suited her. 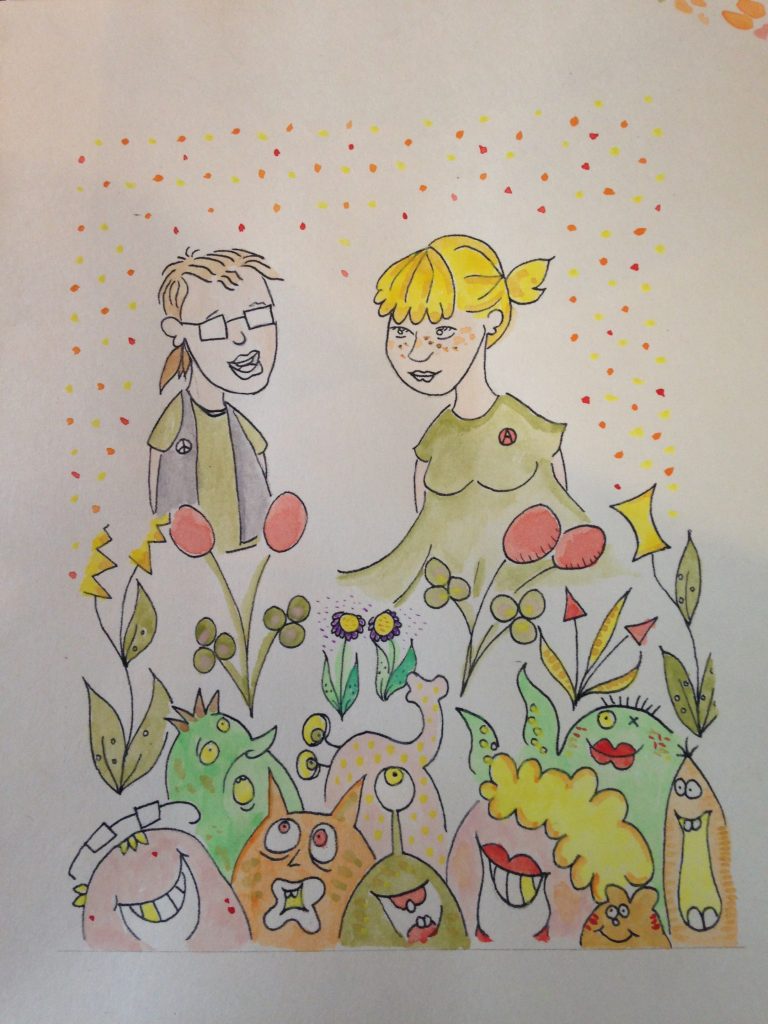 Between 2009 and 2020 the farm as collected so many memories and friendships that it is impossible to do justice in a brief synopsis of our history.  The farm steadily began growing in productivity and through trial and error, hard work, and perseverance Big Train grew out of a awkward adolescence little by little year after year.  Urban Edge Farm was a wonderful cradle for the young business but it was quickly becoming clear that if BTF was to ever become sustainable it would need to expand.  2011 was the year John and Mindy first began scoping about for land to purchase and in 2012 Mindy stepped back from the farm to prepare for her graduate degree in social work, which she received from Smith College in 2015 .

Between 2012 and 2014 BTF was able to expand it’s CSA and wholesale accounts and expand it’s labor opportunities.  Internships and hired help became more and more critical to the business and every year we have expanded our labor investments.  People are really central to the ethos of Big Train Farm.  Building relationships and fostering joy has remained central to our decision making processes and impacts the chooses we make from the hours we work to the tools we invest in. 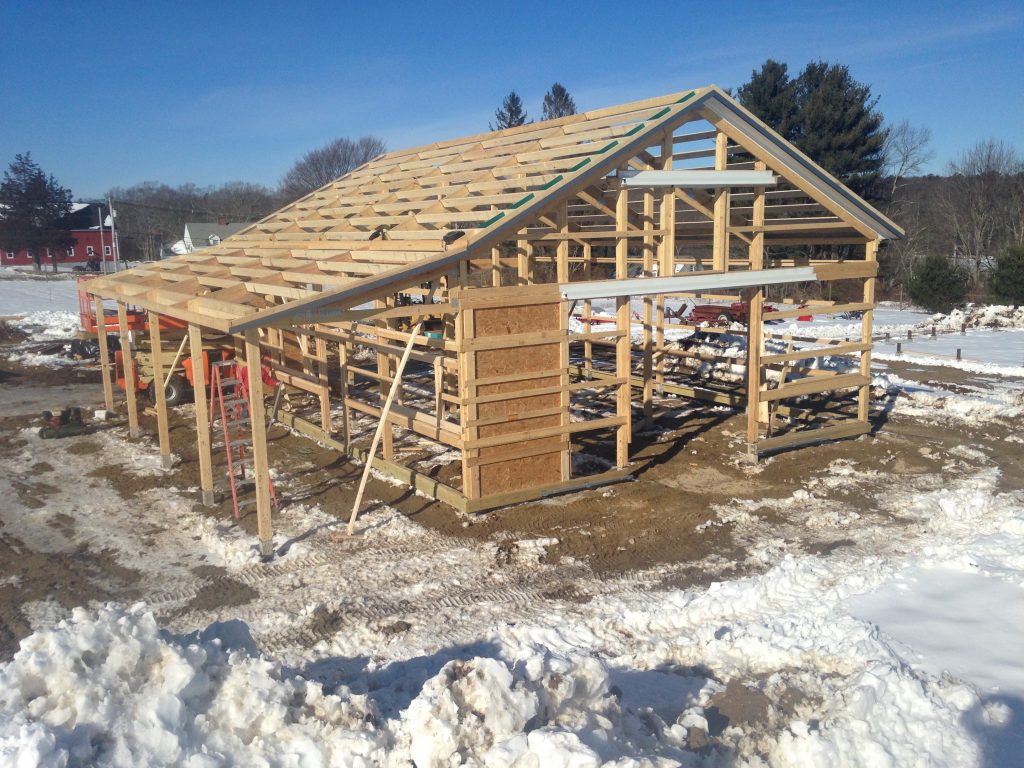 In 2014, the big jump was made when we purchased with a USDA line of credit eleven acres in Glocester, RI on the corner of Snake Hill Rd and Hunting House Rd.  Mindy and John first started walking properties in 2011 and signed a total of four purchase and sales agreements (all which fell apart for various reasons).  In 2015 spending one to two days a week we managed to clear half of the land, plowed, harrowed, amended, composted, cover cropped 2 acres of land, contracted a half-mile of deer fence installation, built two greenhouses (bought three), and signed another mortgage with USDA for two buildings, a house and a barn which were built in 2017.  With the help of our friends, family, and the USDA we have successfully taken an abandoned property and revitalized it to a productive, organic farm. 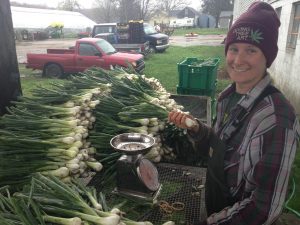 In the winter of 2018 John and Mindy said goodbye to a ten-year tenure at Urban Edge Farm and began managing the business entirely from the new property.  Dominating the past several years have been making the farm livable, comfortable, as well as profitable.  At the end of the 2019 season we had completed the first five-year block since we purchased the Snake Hill property (10/31-14-10/31/19).  With that came some reflection and a clean transition to a new, more prudent business plan.  As with many new farm ventures in the beginning you are happy and eager to have as many accounts as you can get.  Over the course of years you decide what best suits your personality, your bottom line, and your mental health.  For instance, in the early years BTF was present at three Farmer’s Markets.  As our CSA grew year by year we slowly sloughed off the markets until by 2011 we were market-free.  With many disruptions to our wholesale market in 2019, and with our farm property finally ready for retail, we have expanded our CSA to include a on-farm pick-up which served an additional 90 CSA members in 2020. 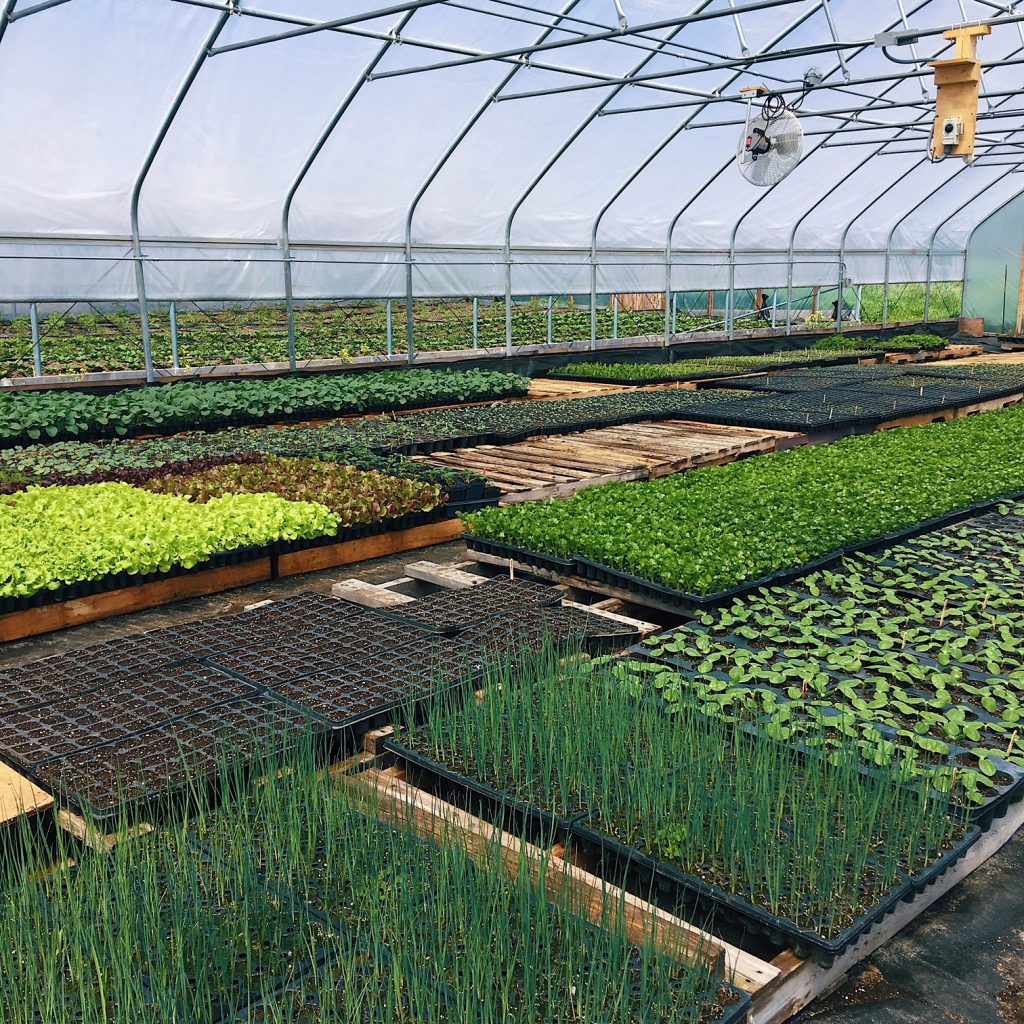 The processes and mechanizations of farming continue to inspire Big Train Farm.  We are always changing, adapting, and learning.  Demystifying the processes that govern the natural systems involved in growing food is a lifelong adventure, one that as it illuminates exposes more questions and intrigue.  Arden Anderson quotes Charles Mercier in Anderson’s book, Science in Agriculture:  “Agriculture is the oldest of all industries and one of the most complex and difficult to master and to pursue with success.  Farming requires more intelligence than any other industrial occupation.  [The farmer’s] work is with living things; and living things. wether animal or vegetable, cannot be managed by coercion.  They must be humored.  They must be understood… The farmer is of necessity keenly observant.  His whole livelihood depends daily and hourly on the keenness and observation of a thousand things that the townsman is utterly blind to.” 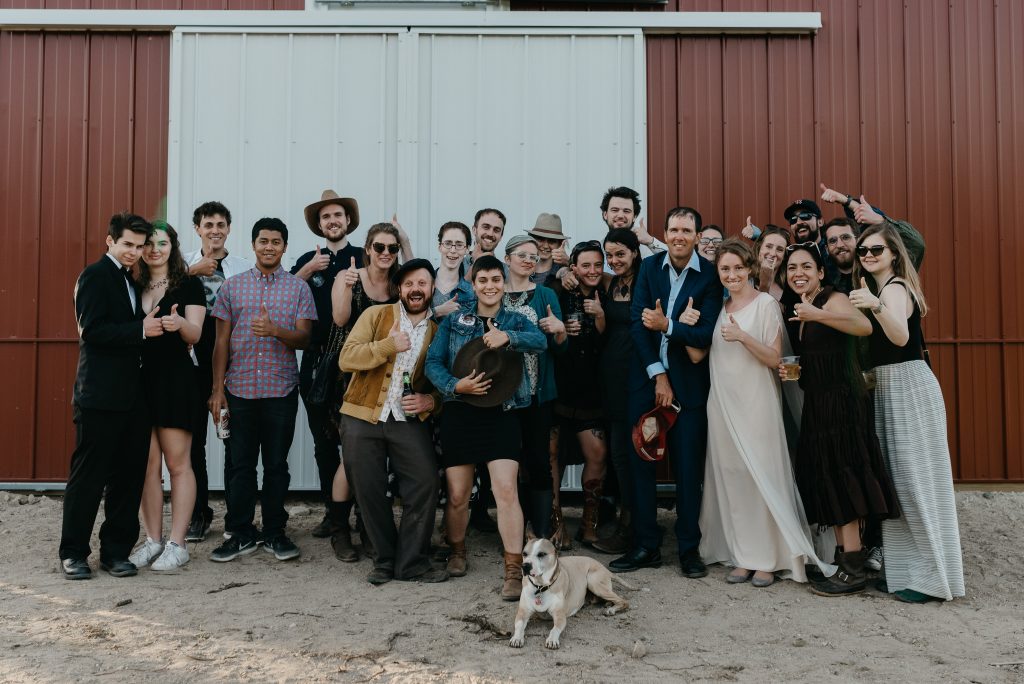 We work every day and every year to live up to the expectations that nature has for us in our pursuit to grow and raise food.  Our goals are to educate, observe, and be open to methods that will make our farm healthy and produce excellent, nourishing food.  Our methods have been constantly refined over the years and although we, pragmatic farmers that we are, stick to what works we are incrementally trying new methods all the time.  This is one of the many aspects of this lifestyle that can be so fulfilling: the joy of learning from nature and being encouraged by nature’s rewards.