A little about Big Train Farm 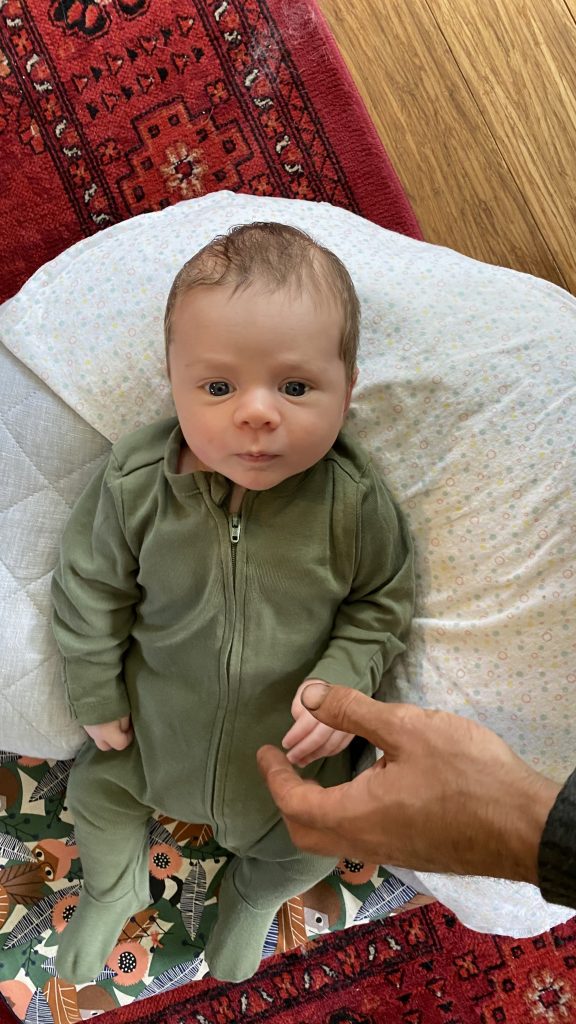 The foundation was laid in 2007 when Mis Zill leased a quarter acre of what is now a larger field on Urban Edge Farm in Cranston, RI.  Mis and her friends Tara and Chris established a couple of accounts in Providence as well as a partnership with Little City Growers CO-OP, a network of small growers who pool and sell their produce in the Providence area.  The trio operated in 2007 without a farm name, and never opened a bank account.  They became known as “Mistery Farm”.  Also sometimes referred to as “Tara-ble Chris-Mis Farm”.  Either way something had begun on the top of the hill.

In 2008 the trio split up, due in no small part to John Kenny’s reemergence onto the agricultural scene after a brief hiatus in 2007.  John and Mis had worked together previously and both wanted to bring the business to a new level, with designs on a long-term operation.  More land was acquired at Urban Edge by the couple, bringing the total acreage under cultivation to around two acres, the same amount currently leased by Big Train Farm.

Despite these difficulties the couple had a relatively productive year, got established in a couple farmers markets, started the Big Train CSA, and opened a bank account.  John was also at the time working on finishing up a bachelor’s degree, something he finally completed in 2010.  By the end of the year Mis decided to try her luck back in her native Baltimore, started another farm business called Simmer Rock Farm (another trio!), and currently lives in Portland, Oregon.

Big Train Farm has been managed by John ever since.  In 2009 he began putting more focus and effort into the Big Train Farm CSA (started in 2008 with about eight members, we currently supply 170 shares to roughly 500 members) and began slowly steering away from participating in Farmers Markets.  Our long-standing relationship with the wonderful people of Bell Street Chapel began this year as well, where they generously host our CSA Pick-Up.  More emphasis and enthusiasm was put into the work-share model at the farm as well.  A Work-Share Member is one that comes to the farm on a weekly basis in exchange for a vegetable share in the CSA.  Work-share members are part of the life’s blood that makes farming such a rewarding career.

No small shake was the appearance of one Mindy Lee Walls on the scene in 2009.  Mindy began her tenure at Big Train as a work-share, and quickly insisted on coming out more often than her required shift.  Mindy became a fixture at the CSA pick-ups, farmers market, and around the fields, greenhouses, and haylofts of Urban Edge.  Fast forward eight years and the two are getting married.  Hard to believe it will be eight years this April that Mindy first strolled onto the farm.  Mindy found the work-share by flipping though an alphabetical listing of local farms, “B”ig Train being close to the top, she started there.

Transitioning from rented land at Urban Edge Farm to our own property (purchased in 2014 with several FSA loans) was the critical point in making Big Train Farm a long-term, sustainable venture.  On an 11 acre field of scrubby white pines, multifloral rose, fox grape, and poison ivy BTF was firmly established by the end of 2017, ending a ten year adventure at Urban Edge.  Living and working on the farm has been a joy that we relish everyday and never take for granted.  Mindy also has transitioned from her day job to running a private-practice as a licensed independent clinical social worker, also on the property.  Josiah James Merlin arrived in September of 2021 adding more layers of joy to the farm and our lives.