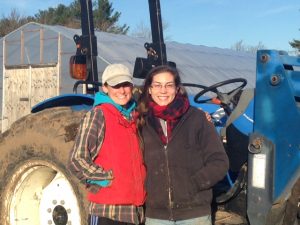 Of all the assets that we can number on the farm the most valuable one is our crew.  The people who come to the farm every week to work or volunteer are the life blood of the business and the most important aspect of farming.  Big Train Farm is an amalgam of people from different walks of lives, coming from different States, cities, and towns who all find something gratifying in their farm work.  Many of our crew have been with us for years and we hope to continue our friendships and working relationships with them into the far future.

My two star employees are both leaving us after this season.  Cassidy Whipple, finishing her second year at Big Train, is starting her own farm business in Richmond, RI (look out for Frontier Farm!).  Sabra, wrapping up three seasons with me, is heading… we’re not sure!  Maybe Colorado? Maybe Guatemala?  Where ever she ends up she will be greatly missed.  Cassidy and Sabra can be credited with either seeding, planting, weeding, harvesting, washing, and/or packing virtually everything you received this year in your CSA shares.  They deserve a lot of credit and I know that they will do well in whatever endeavors they attempt.  I hope they will take a little bit of BTF with them and that it will inform their efforts in a positive way.  Thanks dudes, you raised the bar. 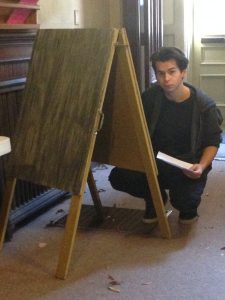 2017 was unlike any year I’ve experienced farming.  There were so many people coming and going, getting into car accidents, crashing motorcycles, dealing with sick partners, getting new jobs, moving away, and on and on.  It’s hard to even keep everybody straight.  But everyone who has been involved has given us their best efforts and has shared a little bit of their uniqueness with us.  I used to have a somewhat anti-social investment in farming, but over the years I’ve realized that it is always the folks who share the trip around the agricultural calendar with you that make it worth it.  Thanks to everyone who kicked ass in 2017 and helped make BTF what it is and should be.

There is something comforting in the current atmosphere of people in power being called-out for their indecent and harmful treatment of women, wether they are women in a professional setting or in public.  Women feel empowered now to speak out against the abuses that they have suffered at the hands of powerful men, men who have stifled their careers or caused them untold burdens.  And, maybe for the first time in history, these women are being taken seriously en mass.  The farming community in RI is one of empowered women starting businesses and setting new bars.  I am so proud to have worked with so many strong and passionate young women over the years and I hope that their time with BTF will prove to be an asset, not a hurdle, in furthering their careers. 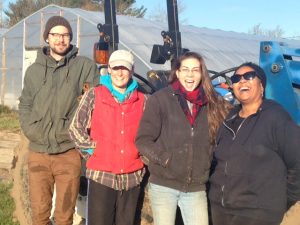 One thought on “Ode To The Crew”